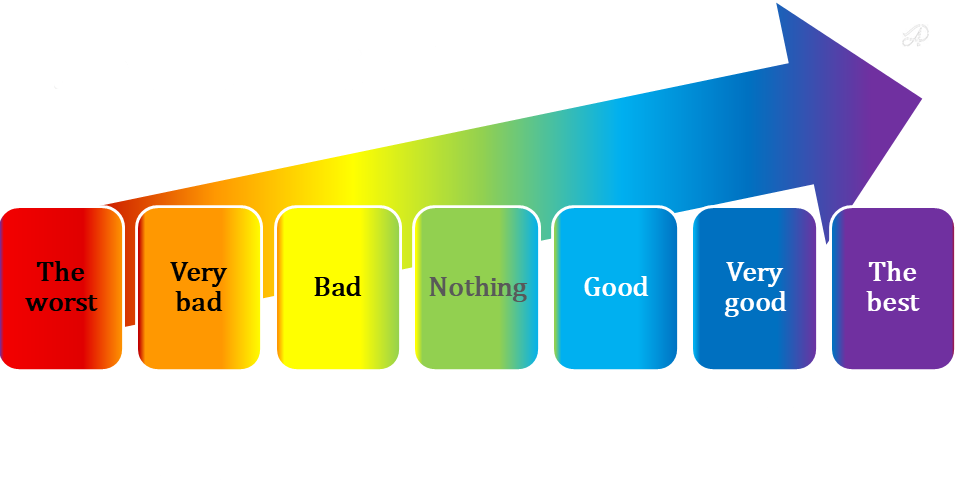 The Emotional scale describes the range of emotions from the most negative to the most positive.

Some of the “Better” apps’ workouts use the corresponding colors for the card’s background to reflect its content. Over time users can easily be oriented to their emotional state on the scale.

For each emotional zone we created special uplifting  raps. If you like to sing out your emotions, you can sing along the lines of their lyrics.

Let’s see in more detail what each color represents.

The Red zone is the lowest on the emotional scale, which encompasses negative feelings such as: powerlessness, depression, worthlessness, despair, bitterness; feeling miserable, insecure. You get the picture.

Words mean slightly different things to different people. To some, the worst emotions are feeling envious, abandoned, fearful, humiliated, shameful, hopeless and lost. You can use these examples as a guide or find your own words.

Abraham Hicks teaches that the progress from negative emotions to positive emotions is gradual. Progress includes feelings such as indignation or anger, and they should be allowed, not suppressed. Those feelings are also the way to feeling better. That is why the Red zone stream suggests that you admit and express your negative emotion as a soothing step toward positive feelings.

If you want to let your feeling out, instead of undertaking any aggressive action, sing the song!  Rap the RED if you so desire!

Caution: it is vital to be honest with yourself about your true emotion.

The Orange zone is less negative than the Red zone, however you still feel very bad and are willing to act. Instead, let your feeling out, even if it’s in your mind.

Some of these feelings may be – angry, under valued, indignant, vengeful, afraid, disconnected, distrusting, guilty, hurt, resentful, stressed, discouraged and hateful. You find your own words and decide the level and strength of your feelings.

Abraham teaches that awareness of negative emotions is a good thing and it’s a step in the right direction. Moving up the emotional scale is a gradual process, so be patient with yourself.

There is some power in being angry as opposed to being powerless or depressed. When you are drawing vengeful pictures in your mind, your inner being feels better. All we are looking for in the Orange zone is relief. Often revenge and blaming others is relieving. So just go with it, in your imagination.

Rap the ORANGE, if you feel angry!

In the Orange zone the “Better” apps guide you to express words of revenge and blaming others, in order to soothe yourself towards more positive emotions.

Take it as a temporary step toward further relief.

After you are done with expressing your feelings of the Red and Orange zones you gradually step into the Yellow zone.

In this zone the intensity of your negative feelings decreases compared to the Red and Orange zones.

This is a good time to ask yourself questions like “wouldn’t it be nice if…”, “what if…” which redirect the focus of your thoughts toward hopefulness. The road to positivity is a process. It takes patience.

Rap the YELLOW, if you feel so.

If you have done your work correctly then you have made a breakthrough. You have come to the point where you feel sort of empty – the Green zone.

The transition between negative and positive emotions is subtle. This is the neutral zone, where you feel mixed emotions, sometimes, where sadness is mixed with hopefulness, or you feel nothing. You don’t feel bad and you don’t feel good. You feel bored, empty, indecisive, indifferent, stuck, and tired.

In this stage allow yourself to take a break. Allow yourself to feel nothing, which is the OK to do. This is a part of the gradual process of moving up the emotional scale. Train your mind to accept general soothing affirmations, such as “nothing matters very much,” “I am glad I don’t have to think of anything.”

Now you can RAP the GREEN!

It is important now to realize that after you have gotten rid of your negative thinking you are preparing to receive positive affirmations.

Gradually your emotions turn to hopefulness, which is in the Blue zone.

This is a great relief, the first zone of positive emotions. You feel hopeful, peaceful, trusting, valued, cheerful, grateful, interested, and accepted.

The words are different and yet they are still in the first level of positive thinking: forgiving, cheerful, certain, contented, and sure. Of course this list of emotions and their place on the emotional scale is approximate.

This example is given to you for your orientation. With time you will think of the emotions in general terms, like they are all Blue feelings.

It is important to realize that the Blue zone is the first of positive emotions. Even though they are called positive there are lot more to go to feel even better.

Now you can Rap the BLUE!

INDIGO – Believing in Yourself

You are lifting your emotions higher, to the Indigo zone.

Abraham teaches that when you “hope” that something good can happen to you, it’s a positive thought (Blue zone). When you “believe” that this good thing will happen to you – that’s even better!

Believing in yourself is better than hoping that you are doing good.

So, the goal in this stage is to move from hope to belief. Here you fine tune your thoughts to convince yourself that good things WILL happen to you. This means that you sincerely believe in yourself, in your own inner goodness and that you deserve it.

In this zone you are feeling esteemed, believing, approving, confident, and anticipating good things. This is the level of appreciating feelings, feeling forgiving, safe, fulfilled, enthusiastic, eager, clear and fond. Your own words will come to you while you use this guide.

Caution: it is in bluish zone that the majority of people give up and stop working on further raising their emotions, because as soon as they feel better they quit. We recommend that you go all the way up.

Rap the INDIGO if you want!

Have you ever felt invincible for no reason? Have you been head over heels in love?

That’s what you feel in the Violet zone. When you feel high, you feel worthy, delighted, empowered, joyous, blessed, and enlightened.

First you hope, then you believe, and then you know it!

When you tune your thinking even finer, when you practice being in the Violet zone, all your dreams come true – quick and easy. Only a few people can reach this level because it requires determination to practice the Violet zone.

Abraham Hicks promises that if you stay in this emotional zone for at least three days you will notice dramatic positive changes. If your dominating thoughts support these feelings for as long as a month, you can reach any dream you have.

What can be better than feeling that you know that you are going to succeed?

Compared to believing in success, the knowing about success feels even greater.

What can be better than feeling faith in your own abundance? Feeling inspired, feeling adoring, passionate, connected and happy! And that’s not the end. Happiness doesn’t have boundaries.

To summarize, the 7-zone emotional scale is used for orientation to address your emotions while working with the “Better” apps. 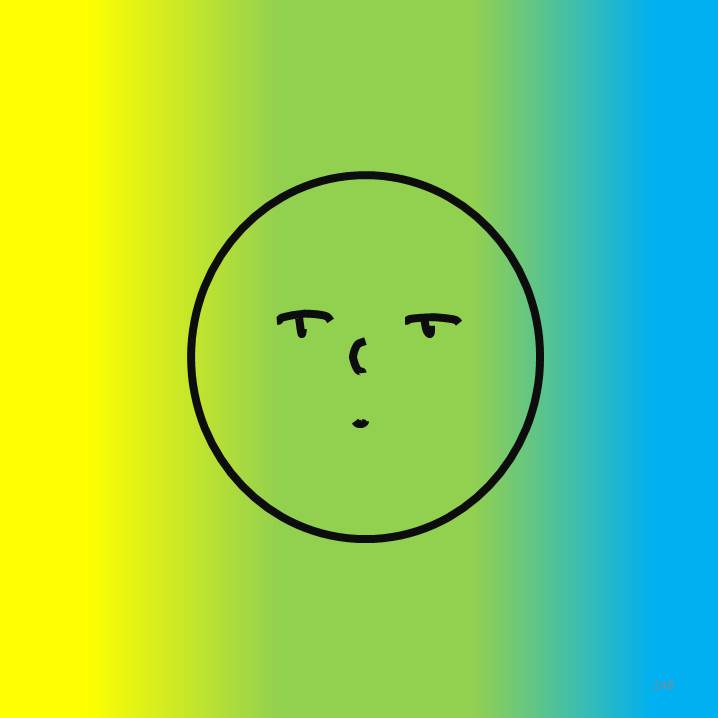 BetterFeelingThought’s raps are helping you let your feelings out. Well, now it’s time to have a break from all my thoughts, and when I makea smooth transitionto feeling good and loving me, and something hopeful to foresee.This is my mission.I am beginning to allow to rest my brain, to rest my doubtsfor better feelings.I can… 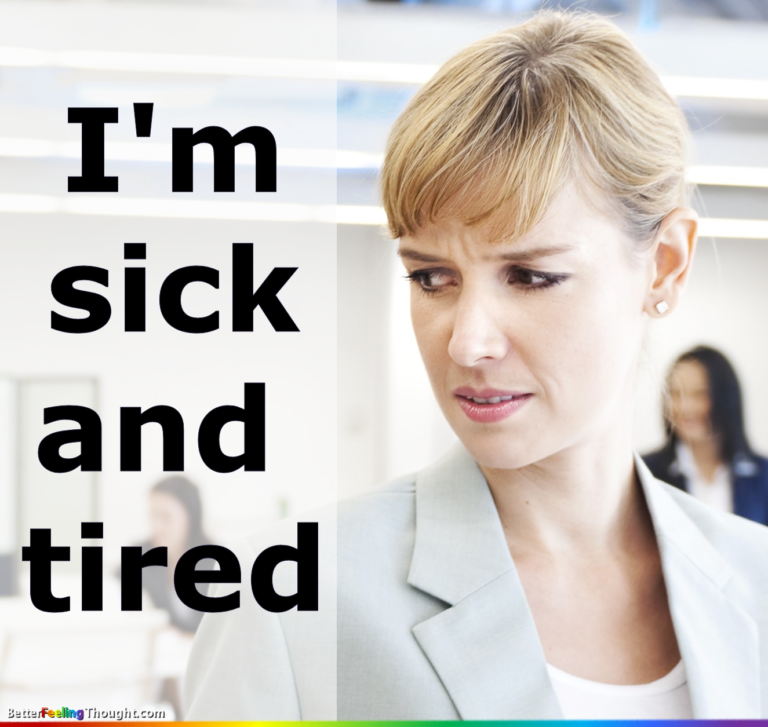 We are often careless in our thoughts. One by one, unpleasant thoughts create even more unpleasant thoughts. As a result of sloppy thinking, we have a bad mood, and we don’t even notice that we created the mood ourselves. Yet, we know that we need to think positively. But something is missing at this moment. … 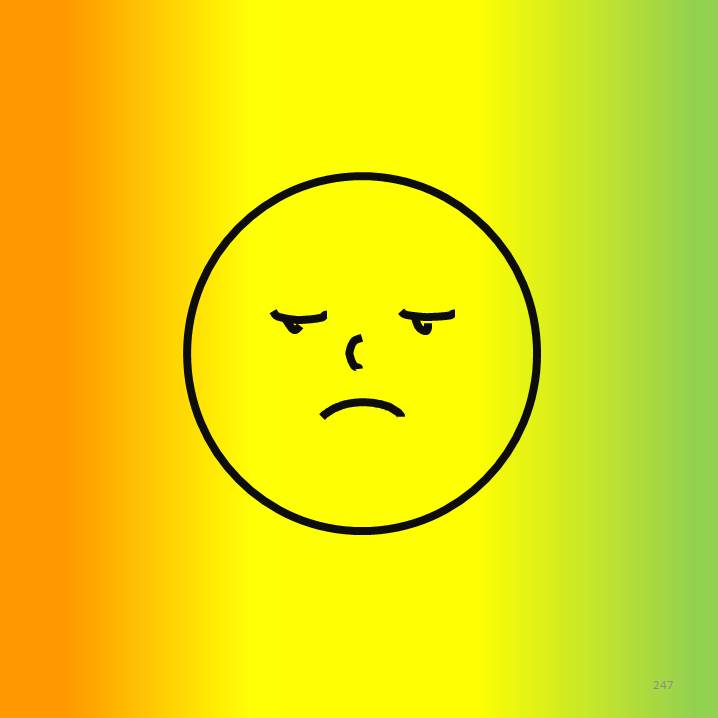 BetterFeelingThought’s raps are helping you let your feelings out. I’m still frustrated, but a little less. I celebrate my small progressMy rising pride!I think I’ve got a secret tool It’s in my mind and very coolMy inner guide.If I feel bad, I see I ought to find a better feeling thought.I’m getting wise!It would be… 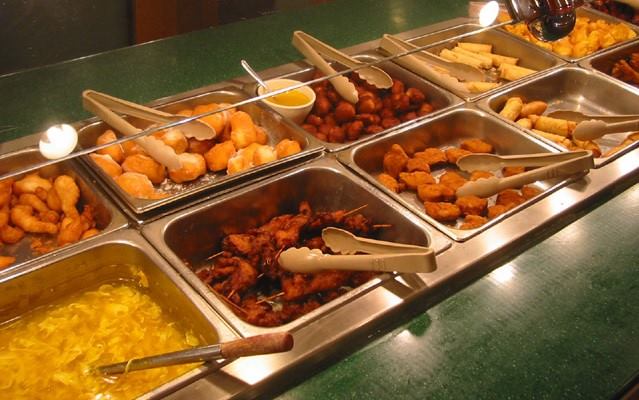 We’ve all been to a buffet at one time or another. Grab the tray, pull out the utensils and start cruising along, eyeballing the offerings. “Don’t like that.”“That looks good, but those little things look like onions.”“What the heck is THAT?”“Oh boy. My favorite!”“Hmm, I don’t know what that is, but it looks good.” And… 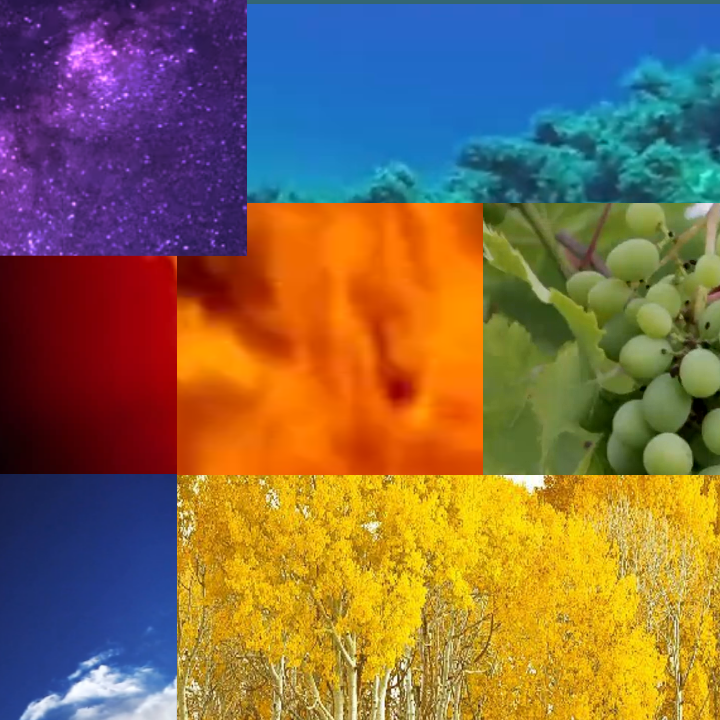 Do you often feel moved by music? Do you think that a song can sometimes be the best medium for expressing your feelings? Our answer to both of the questions is one big yes and that is why we have created the FeelGoood raps. Its rhymes and music will help you raise your mood and boost… 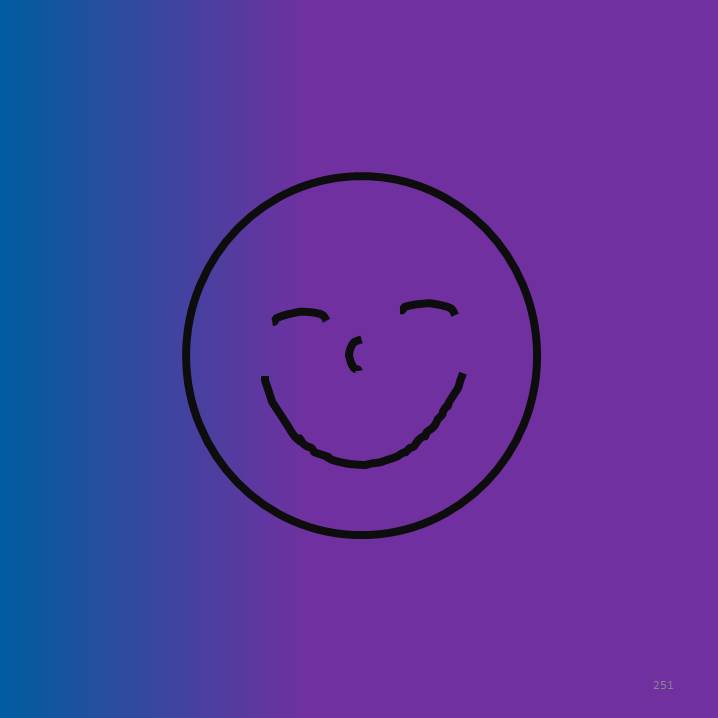 BetterFeelingThought’s raps are helping you let your feelings out. I open my heart. I open myself. I throw off my blinders, remove my shell,And tune my cortex.I’m here to dance, to rock and roll, to take my chance, to spin and twirlIn the magic vortex!I am in love with song and dance: two steps –…